A Paradigm Shift in Grinding: The Moment the Vertical Grinding Machine Took Form 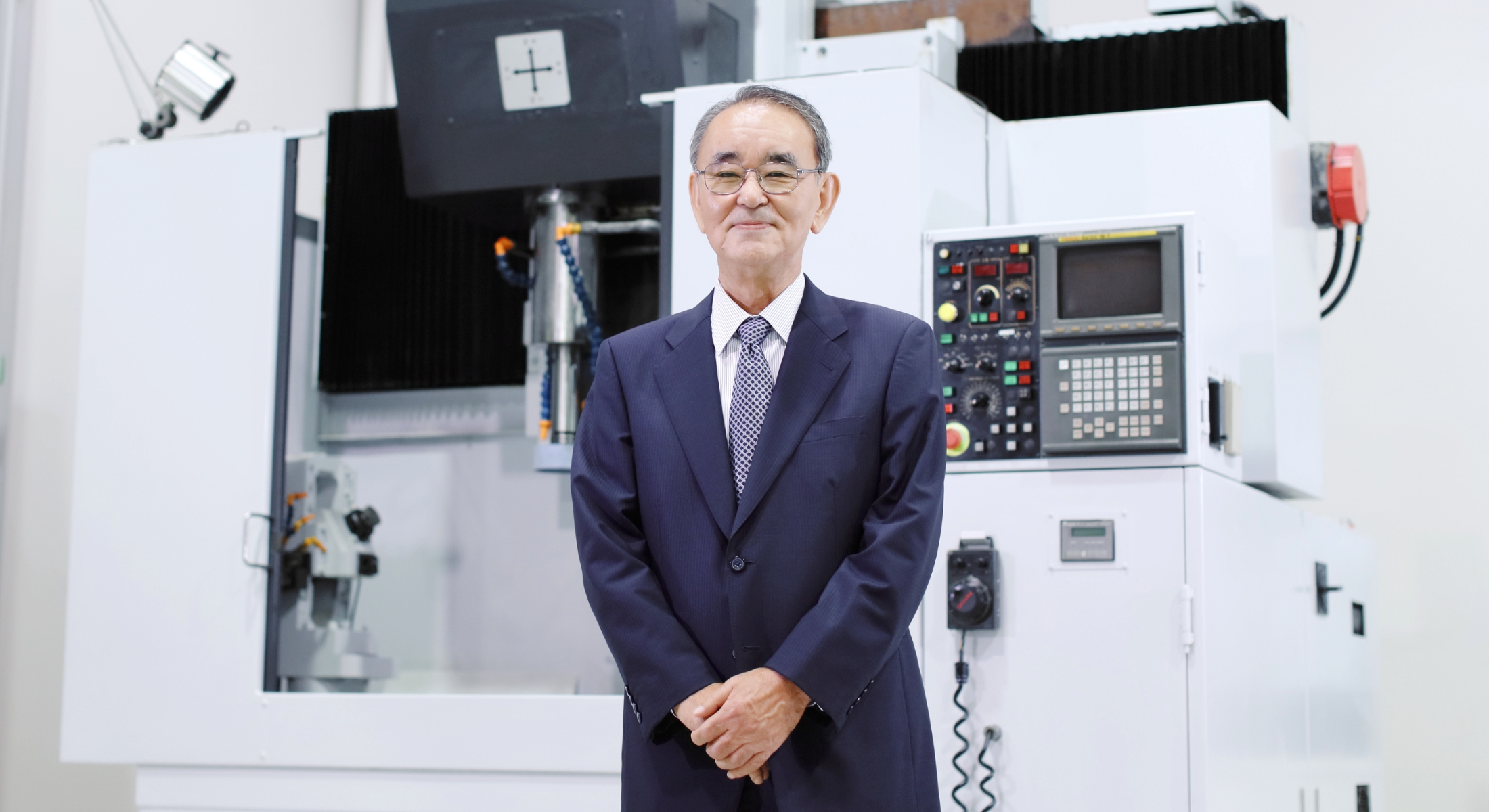 Grinding machines grind workpieces by rotating a disc-shaped grinding stone at high speed. Used for high-precision machining like finishing, grinding machines have a long history of being utilized in a wide range of production sites. However, there was one problem with the conventional type: setting large and heavy workpieces was time-consuming and labor-consuming. If the horizontal design is inconvenient, how about making it vertical? This was an intuition; no calculation results, no technical evidence. Yet the vertical grinding machine we developed not only made work easier but achieved an astounding level of machining accuracy. 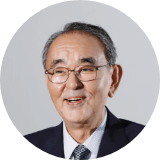 It All Started with a Sudden Idea 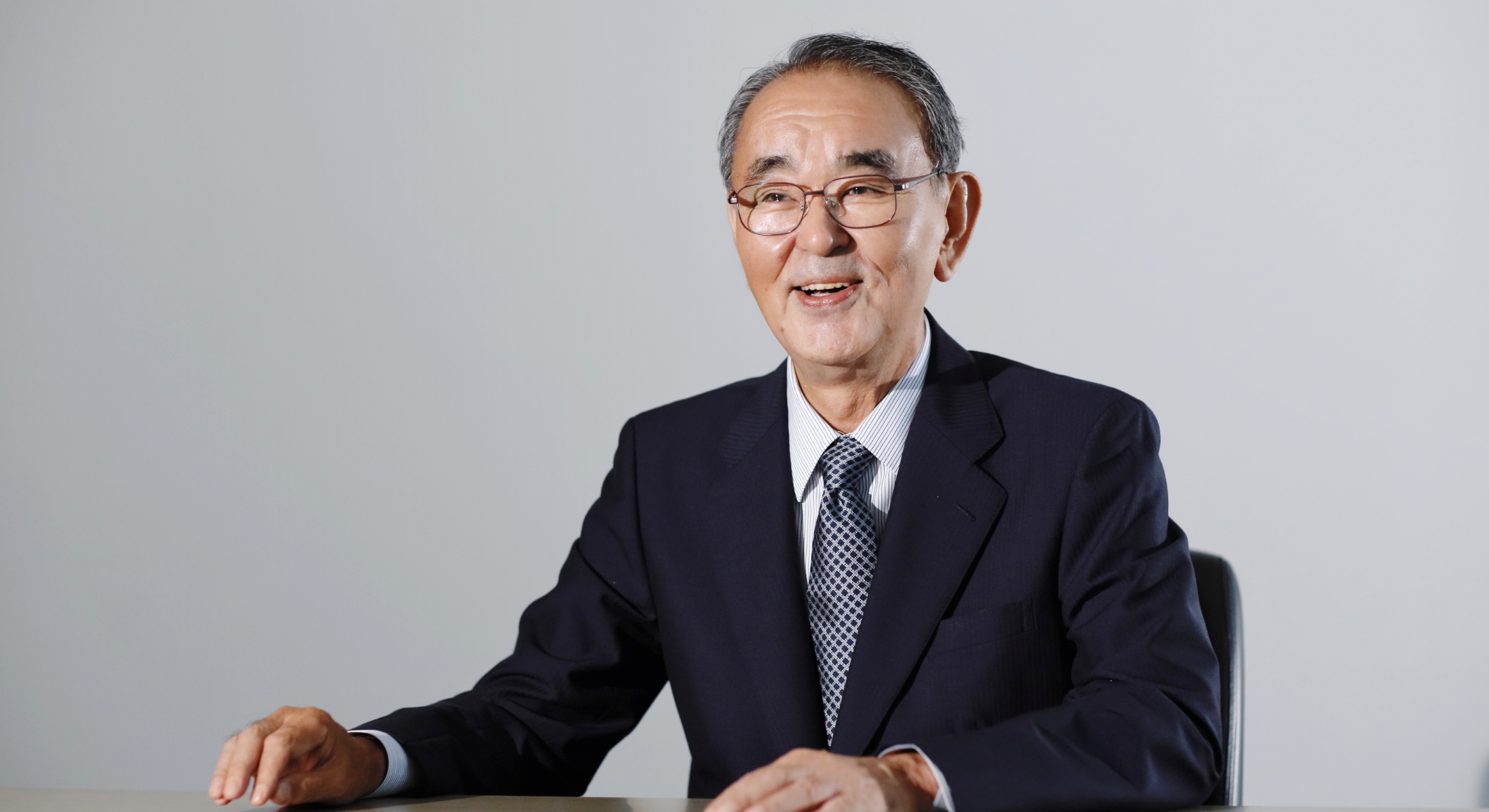 A customer’s casual grumble made me develop the vertical grinding machine. An employee of an acoustics manufacturer who visited our company shortly after our establishment told us about the problems they were having. “We need to machine large dies at high accuracy but they’re so heavy. Chucking takes so much time.” An idea came to my mind suddenly, and I just went ahead and shared it with him: “Laying heavy things horizontally is making it difficult. They should be set upright when machining.”

Two weeks later, we were contacted by a trading company on behalf of the customer: “Please give us an estimate of the machine you talked about the other day.” At that moment the machine was only an idea and we had not done any designing yet but we gave an estimate of over 30 million yen per unit. At the same time, we entered into a contract that guaranteed a circularity of 2 μm (micrometer = 1/1000mm) for a 200-mm hole. Concerned about this tough condition, the trading company asked us if we were really sure that this project will be successful. After replying to the company that we won’t know until we try, we immediately started designing the machine; it was 1989. 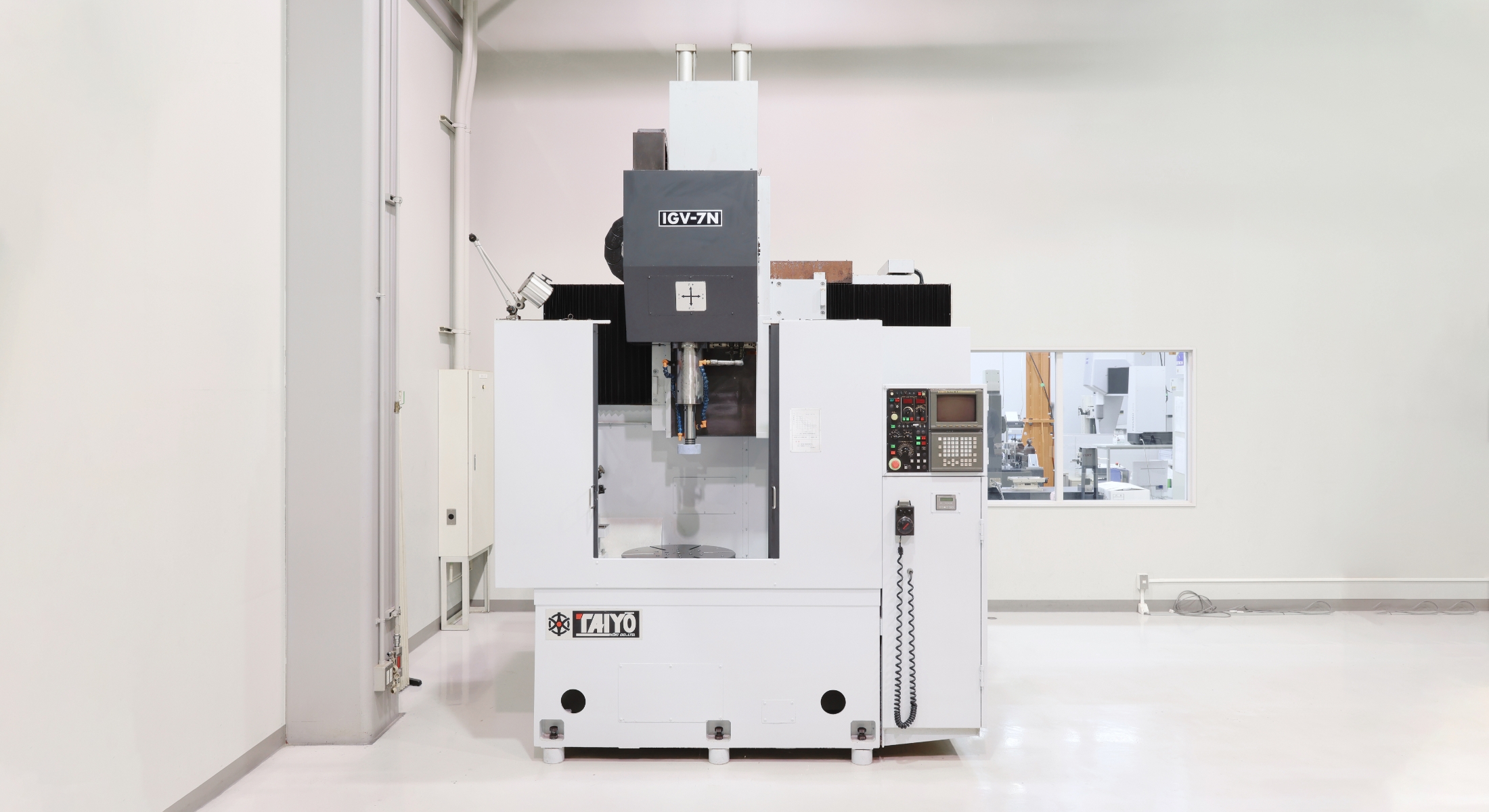 When the prototype was completed and we tested it, it achieved a circularity of 0.6 to 0.8 μm, a range that was one order of magnitude smaller than anticipated. While our customer and the trading company were astounded, I was surprised the most. We had designed the machine to make on-site work easier but we had not made any special effort to increase the precision.

Gaining Worldwide Recognition for Our Technology

While thinking about the possible causes of the increased precision, gravity came to my mind. Because workpieces are mounted horizontally on conventional grinding machines, gravity causes them to sag, resulting in lowered precision. On the other hand, our newly developed vertical grinding machine was able to achieve high precision because machining was performed with the workpiece set upright, meaning there is no working against gravity. The machine’s high precision enabled us to sell 4 units to the acoustics manufacturer.

It was from that point on that we had great difficulty. Since the machine was a completely new type developed by a local startup, we could not earn the trust of buyers although the machine offered great benefits. Coupled with the fact that we were not a well-known manufacturer, we had great trouble selling the machine. Nevertheless, we didn’t compromise on our goal to do business with leading companies; we followed through on our intention to focus on selling high precision instead of low pricing. In 2005, we received the JSME (Japan Society of Mechanical Engineers) Medal for New Technology and in 2012, a new category called “vertical internal grinding machines” was added to the categories of the Japan Industrial Standard. In this way, the machine gained widespread recognition and our sales increased. We also started doing business with jet engine manufacturers in Europe and America.

I never sought to patent this machine. This is because I have always felt that we should not be satisfied with the status quo and must always move forward. Moreover, I was confident that no one could surpass the performance and quality of our machines. Holding the largest share in the vertical grinding machine market today, we are still unrivalled 30 years after the successful development of this machine. 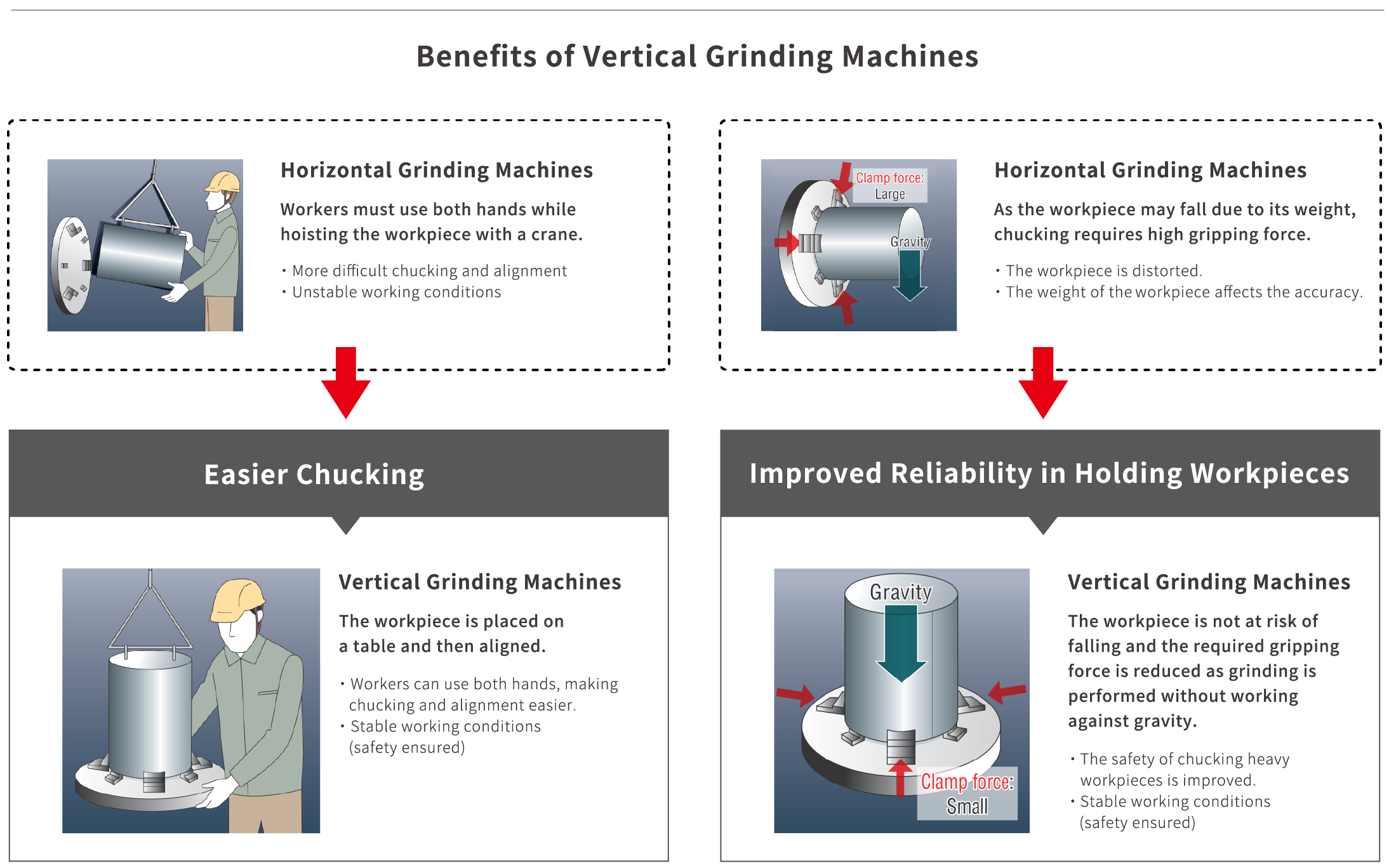 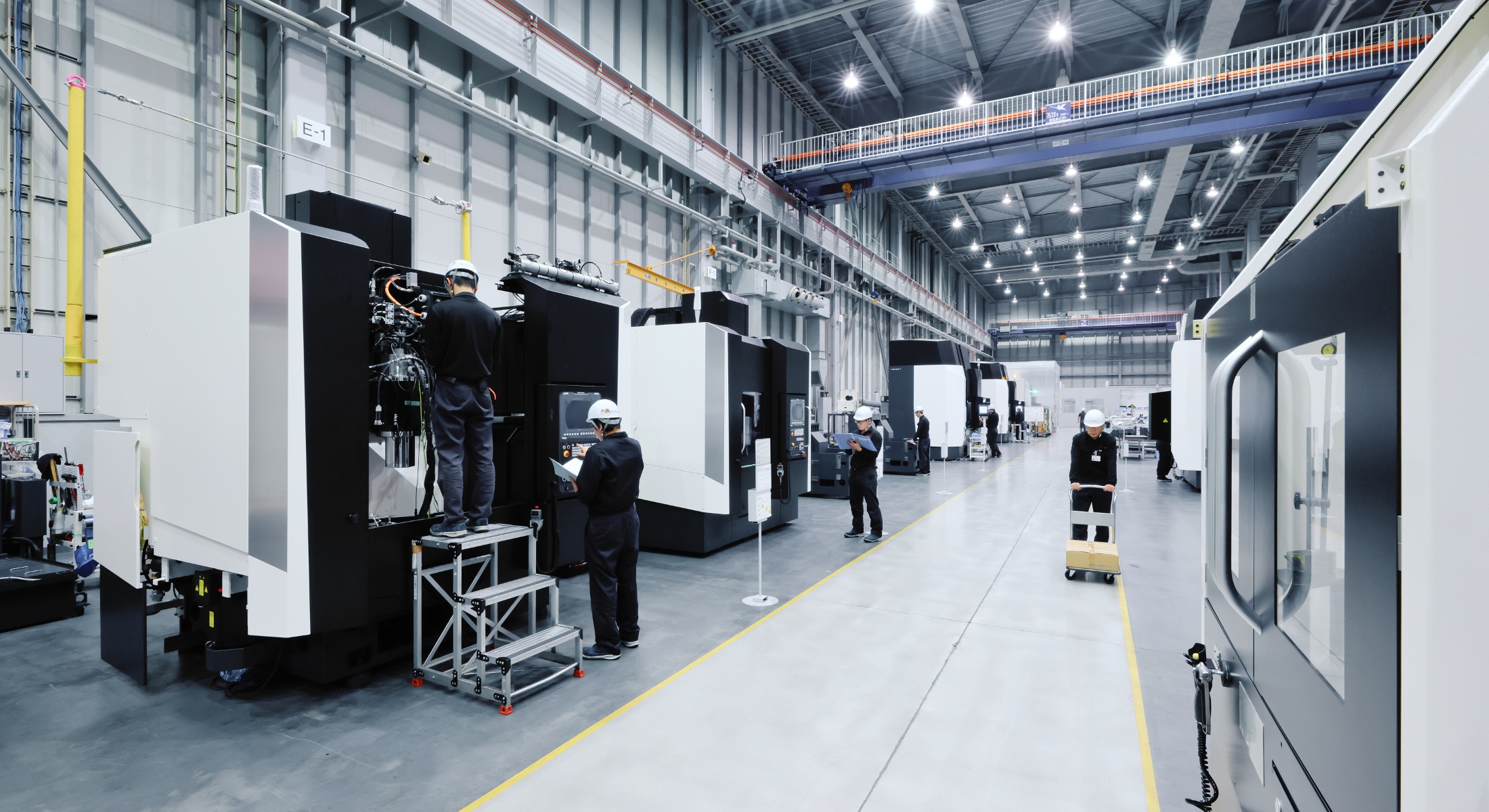 Vertical grinding machines hit a turning point in 2010 when we added the Vertical Mate Series consisting of general-purpose machines; until then, we had been making only built-to-order machines. By reducing the cost of vertical grinding machines through the adoption of lot production, we managed to expand the user base, which used to consist mainly of large companies. In the following years, I have materialized all my ideas: e.g., multi-process machines for performing many processes by one machine, compact machines made to fit into our customers’ factory space, and automation by equipping a robot on small vertical grinding machines. From here on, it is the age of the next generation, our young employees.

Risk accompanies development. However, a company has no future if it stops taking on development challenges in order to avoid risks. Engineers will experience failures but the best part of being an engineer is the success you experience after overcoming failures. You will feel an unforgettable sense of achievement. I hope that our long-held attitude will be carried on by future generations: Materialize flexible ideas and inspirations, and turn them into business.

1986
Founds Taiyo Koki Ltd. and assumes the position of President.
1990
Succeeds in developing the vertical grinding machine.
2019
Appointed as Chairman.

* The information and job titles above are accurate as of Sep. 2020.

Back to with Customers